Companies like Microsoft Corp. and Royal Dutch Shell PLC buy those credits directly from project developers or middlemen or earn them in exchange for funding projects. Companies can then use those credits to reduce their net carbon emissions, a metric that consumers and investors are increasingly asking to see. Many companies are turning to offsets to help meet their pledges to achieve “net-zero” carbon emissions.

This year, the value of carbon-offset markets is forecast to more than double to over $1 billion, according to Ecosystem Marketplace, a data provider. The most active buyer of offsets this year is the energy sector, followed by consumer goods, finance and insurance, it said.

Critics, who include some businesses, environmentalists and other groups, say that the differing qualities of projects and the range of approaches to generating offsets make for a complex and sometimes confusing marketplace. Prices can vary widely, from just a few dollars for credits linked to activities like conserving grasslands to thousands of dollars for capturing carbon from the atmosphere to store in rocks.

News and analysis about corporate sustainability. Sign up to receive daily coverage from WSJ reporters during the U.N.'s Glasgow climate conference, and a weekly newsletter afterwards.

Those factors make it more difficult for executives, investors and consumers to gauge the effectiveness of projects that generate offset credits.

“You have people saying some of these things are rubbish and other people say no, they’re really important,” said Thomas Lingard, Unilever PLC’s sustainability director. “It’s super confusing to people and that can’t be the desired state for a world that is rapidly trying to deal with the climate crisis.”

For now, Unilever is holding off on using offsets because they could be a distraction from making outright emissions cuts, Mr. Lingard said. However, Unilever expects to eventually look to carbon credits to address emissions it isn’t able to eradicate.

Companies buy carbon offsets voluntarily, unlike in the regulated mandatory carbon markets in places like Europe and California, where heavy-emitting industries like steel are allocated allowances to emit carbon, which can be bought and sold.

“Voluntary markets have created many options in respect of what kinds of credits you can buy,” said David Antonioli, chief executive of Verra, a nonprofit that certifies offset projects.

Several groups are working to develop standards and guidance for companies that buy voluntary offsets, with efforts gaining momentum ahead of the coming United Nations climate negotiations in Glasgow, Scotland. At the summit, called COP26, governments hope to agree on a framework for a global carbon market.

The Taskforce on Scaling Voluntary Carbon Markets, a private-sector initiative launched by U.N. Special Envoy for Climate Action and Finance Mark Carney, is working to expand the use of offsets that meet global standards.

Do you think carbon credits are an effective tool to reduce global-warming gases? Why or why not? Join the conversation below.

Another group, the U.K.-funded Voluntary Carbon Markets Integrity Initiative, is developing guidance for buyers. “If regulators decide on how they want to regulate offsets, this is work that could help them eventually,” said Rachel Kyte, co-chair of the VCMI. “But our focus is on a bunch of markets here and now, because they’re off to the races.”

Companies are taking different approaches to sourcing and using offsets.

Microsoft, noting the inconsistency of how offsets are verified, last year developed its own due diligence process and sought proposals for carbon removal-projects it could fund. The company said that few projects have met its criteria, though it did pay to remove 1.3 million tons of carbon from the atmosphere this year, mostly through forestry projects.

“The market needs clearer definitions and standards,” Microsoft said in its 2021 carbon-removal report.

Shell typically funds project developers, like groups planting trees in the U.S. and protecting peatlands in Indonesia. Third parties verify how much carbon those projects remove from the atmosphere and certify the corresponding amount of credits, which Shell gets in return for its investment. Shell has also acquired an Australian developer of offset projects. The company says it could use these credits to offset its own emissions or sell them to other emitters.

In a report this month, Shell said that it was still learning about the complexities of the voluntary carbon market and that it has pulled out of projects where it couldn’t agree on standards.

Nestlé SA, meanwhile, is using carbon offsets to boost the environmental credentials of individual brands, like Nespresso, which it says will be carbon neutral by 2022. It is working with environmental protection group Pur Projet to design and implement projects that generate carbon credits on and around the farms from which it sources coffee.

The company pays coffee growers in its supply chain a premium to plant trees between their coffee trees or on land around their farms, said Benjamin Ware, Nestlé’s head of responsible sourcing. “It’s a very big opportunity for any food and agriculture-based company,” he said.

However, Mr. Ware said Nestlé’s overall net-zero pledge doesn’t rely on offsets. “Carbon credits cannot be the strategy to mitigate the temperature rise on the planet, otherwise we’ll just keep business as it is,” he said.

Elsewhere, Evian owner Danone SA has invested millions of dollars in offset projects, including working to restore mangrove forests in Senegal, via the Livelihoods Carbon Fund, which it helped create. The fund monitors projects and administers the corresponding credits to investors. Danone says that offsets are one aspect of its plan to reach net-zero emissions by 2050, alongside outright reductions and other actions. “Businesses should be transparent about how they use offsets, which projects they support and what standards they use” to avoid “greenwashing,” a spokesman said.

The Science Based Targets initiative, a partnership between the U.N. Global Compact and other nonprofit organizations, is working with companies to determine how offsets fit into their climate pledges. It wants companies to reduce emissions by 90%-95% and use offsets only for the remainder.

Where Climate and Money Meet 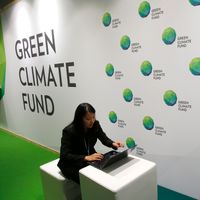 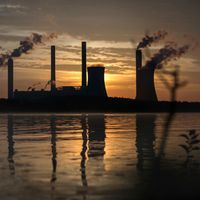 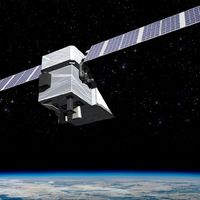 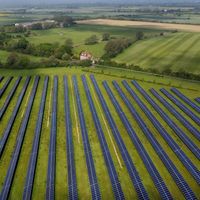 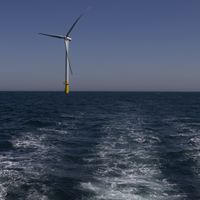 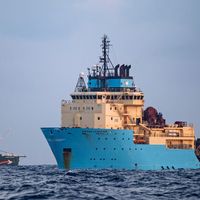 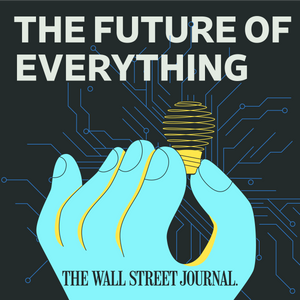 >PODCASTHow to Store Renewable Energy for a Rainy Day

Companies on pace to pencil in $1 trillion in share buybacks in 2021, as proposed new tax looms

Read Companies on pace to pencil in $1 trillion in share buybacks in 2021, as proposed new tax looms by MarketWatch on MSN.com

Here’s How Gympass Offers A Smart, Easy Way For Companies To Improve The Physical, Mental And Emotional Wellbeing Of Their Employees

Read Here’s How Gympass Offers A Smart, Easy Way For Companies To Improve The Physical, Mental And Emotional Wellbeing Of Their Employees by Forbes

Read The case for regulating breast milk companies by Quartz on MSN.com

Getting heard on climate: small investors take on big companies

Read Getting heard on climate: small investors take on big companies by The Financial Times