SCARBOROUGH—Upstart Deering gave favored Scarborough all it could handle in a Class A South girls’ soccer preliminary round playoff game Friday evening at the Kippy Mitchell Sports Complex.

The fourth-ranked Red Storm, who easily handled the Rams, 8-1, in the season opener, quickly learned that No. 13 Deering was a very different foe this time around as Scarborough’s potent offense was held in check.

After a scoreless first half, the game remained 0-0 deep into the second half before an improbable goal scorer finally produced the winning shot which would allow the Red Storm to survive and advance.

With 9:42 to play, after a Scarborough corner kick was cleared, senior Una Djuranovic passed the ball to junior back Julia Black who sent the ball back into the box where it sailed over the head of Rams senior goalkeeper Courtney Jackson and rolled in to the goal.

The Red Storm didn’t let Deering answer and moved on with a much narrower than expected 1-0 victory.

“Deering didn’t play like a 13 seed,” said Red Storm coach Mike Farley. “Credit to them. They did a great job. That’s not the same Deering team we played in the beginning of the year. (Rams coach Paul Cameron’s) done an amazing job. They barely subbed tonight and they worked their tail off.”

While Deering has been rebuilding this season, Scarborough started out red-hot, then cooled down late.

The Rams, under Cameron, in his first year, started with an 8-1 home loss to Scarborough and a 1-0 home loss to Noble, then got in the win column, 4-2, at Kennebunk, before playing host Marshwood to a 1-1 draw. After a 2-0 setback at Gorham, Deering fell at home to Cheverus (5-1), Falmouth (4-1) and Biddeford (5-1). After a 1-0 overtime setback at Bonny Eagle, the Rams blanked host Westbrook (9-0) and after falling at home to Windham (5-0), they shut out visiting South Portland, 4-0, lost at Thornton Academy (3-1) and edged host Sanford in Tuesday’s regular season finale, 2-1.

The Red Storm started with an 8-1 win at Deering and a 4-0 home shutout of Biddeford. After edging host Thornton Academy, 1-0, Scarborough had its way with visiting Westbrook (17-1), host South Portland (6-1), host Portland (5-0), visiting Sanford (6-0) and visiting Massabesic (10-1). After a 2-0 win at Noble, the Red Storm downed host Kennebunk (5-1) and held off visiting Marshwood (2-1) before letting an early slip away in a 3-1 setback at Falmouth. Scarborough settled for a 2-2 home tie against Gorham, then closed Tuesday with a 1-0 home win over Cheverus.

The Red Storm won the lone prior playoff encounter, 3-0, in the 2015 Class A South quarterfinals.

Friday, on a pleasant 63 degree evening, Scarborough was expected to win with ease, but Deering had other ideas and the Rams made the Red Storm sweat for a full 80 minutes.

Scarborough had plenty of possession early and earned four early corner kicks, but couldn’t turn any of them into good scoring chances.

Late in the half, a rush from senior Evelyn Boardman was broken up in the box, Una Djuranovic shot high, Lana Djuranovic forced Jackson to make a juggling save and Deering’s Mya Landry made a defensive save on a shot from Lana Djuranovic.

The Rams, who nearly converted an early free kick, put their lone shot on frame in the first half with 3:20 left, when talented freshman Elsa Freeman sent a long bid on target, but it was saved by Red Storm junior keeper Savannah Beaulieu.

Just about everyone on hand was shocked that the game was 0-0 at halftime, but things were going according to plan from a Deering perspective.

“The game plan was to keep it tight in the back,” Cameron said. “We pushed up too far in the first game and there was too much space in behind us. We played a little deeper and denied them space behind. We tried to keep it tight as we could and stay in the game as long as we could. I think (Scarborough was) getting a little bit frustrated, which was part of our game plan, to see if we could knock them off their stride.”

The Rams took the first shot of the second half, but a long free kick from senior Francesca Freeman was saved by Beaulieu.

The Red Storm then resumed their quest for the game’s first goal.

After Jackson had to fall on a loose ball off a cross from Lana Djuranovic, Mokriski had a promising bid with 30 minutes to go, but Jackson dove to make the save.

After senior Natalie Bilodeau missed just wide for the hosts, a Mokriksi rush was broken up by Francesca Freeman, Boardman missed just wide and a dangerous Mokriski cross was cleared at the last moment.

Then, with just under 10 minutes to go, Scarborough finally broke through.

Thanks to a perfectly struck ball from an unlikely hero.

The Red Storm had a corner kick, but Mokriski’s serve was cleared out to Una Djuranovic.

Djuranovic then passed back to Black, just inside midfield, who sent a seemingly innocent ball on frame, but Jackson, pressured by multiple Scarborough attackers, over-ran the ball and it landed behind her, bounced and rolled into the goal for a 1-0 lead with just 9:42 remaining.

“When I can tell Una wants to pass it back, I just try to boot it,” said Black. “I was just trying to play the ball over. I knew the strikers were right there. I knew we’d either get a foot on it, or it would get past her. It felt good.”

“I didn’t see any frustration from the kids, but you’re always pressing a bit when it’s 0-0,” Farley said. “We generated some chances. I knew Julia’s capable of scoring. Her ball was the perfect ball to be played. The pressure that was applied in front of the keeper really made the goal. We want to pressure the ball because you never know what might happen. Julia’s shot was great, but the pressure applied made the keeper nervous so that looping ball could go in behind.”

To its credit, Deering fought hard to the end and tried to equalize and force overtime, but senior Zuzia Varney missed wide, Beaulieu beat sophomore Shay Rosenthal to a cross from senior Allie Butts and in the final minute, a free kick from Francesca Freeman landed in the box, but was cleared and Scarborough was able to hold on for the 1-0 victory.

“We weren’t really prepared for (Deering’s) pressure in the first half,” said Black. “They came out way stronger than we expected. They were a lot better than last time. At the end, we had to play strong and not let up.”

“We didn’t have a good first 40 (minutes), but once we started applying more pressure, they wore down a little bit,” Farley said. “Deering felt like they were in the game and fought all the way to the end.(Elsa Freeman) is a really good player and they did a good job finding her through the gaps. She’s dangerous.”

The Red Storm only put five shots on frame, got two saves from Beaulieu and took all nine of the game’s corner kicks.

The Rams got four saves from Jackson and turned heads with their effort.

“I’m so proud of the girls,” said Cameron. “Everyone’s improved so much. They’ve worked so hard. They’re really nice kids. They gave me everything they had.”

Deering will be hard-hit by graduation, but the Rams have shown they can compete with the league’s elite and they hope to make noise again in 2022.

“We lose 12 seniors and I said to them that little kids in the stands were watching them play and hopefully they inspired some kids to want to play for Deering,” said Cameron.

Scarborough is guaranteed to play one more game at home in the quarterfinals.

The Red Storm eked out a 1-0 win over the Golden Trojans Sept. 9, as Mokriski scored the goal. Scarborough has taken all three prior playoff meetings, with a 3-0 victory in the 2012 Western A semifinals the most recent.

The Red Storm blanked visiting Biddeford, 4-0, Sept. 7, behind a pair of Mokriski goals. The teams have no playoff history.

Regardless of the foe, Scarborough knows it will get a challenge for 80 minutes or more.

“We just have to make sure our energy is there from the beginning,” Black said. “That’s how we play best.”

“Every round now, players on the other team are better,” Farley said. “You have to play with desire and purpose because it could be your last game. No one will give it to us, so we have to go take it. We’re a young team. Getting a game like this, getting tested by a team will hopefully pay dividends down the road.”

Comments are not available on this story.

Send questions/comments to the editors.

A fond farewell for a Yarmouth coaching icon 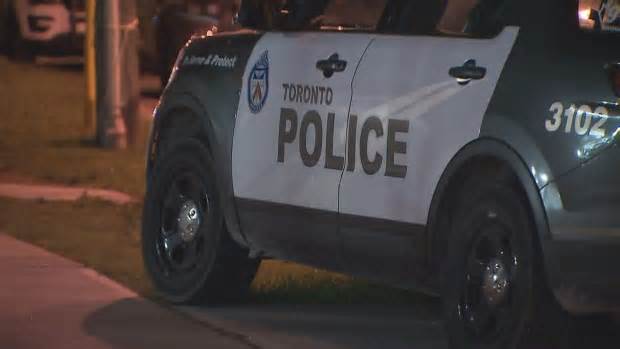 Man taken to hospital after struck by vehicle in Scarborough

Read Public consultation to begin on proposed new cemetery sites in Scarborough, Whitby and Filey by The Scarborough News

Scarborough woman urges others to take on charity walking challenge

Read Scarborough woman urges others to take on charity walking challenge by Grazia on MSN.com